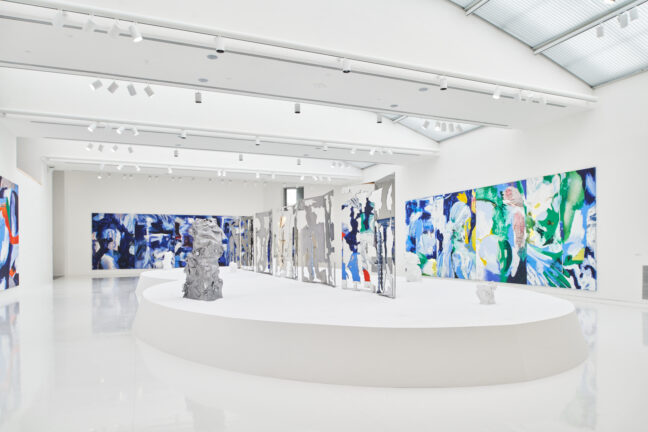 For this conversation hour, Henry Art Gallery Associate Curator, Emily Zimmerman and Public Fiction founder Lauren Mackler will stage the format of a talk show to look at the form of the talk show as employed by artists on early public access television and in contemporary practices. This conversation will virtually showcase archival footage as well as a few special guests, live and on air.

Lauren Mackler is a French / American curator and graphic designer based in Los Angeles. In 2010, she founded Public Fiction, a forum to stage exhibitions and performances by contemporary artists. A year later she launched a quarterly print journal with the same mission. Mackler has organized exhibitions at The Museum of Contemporary Art, Los Angeles; The Hammer Museum, Los Angeles; Artissima LIDO, Turin, Italy; and Frieze Projects, New York, amongst others. In 2015, she was awarded the Rome Prize by the American Academy in Rome, where she is currently a fellow.

Emily Zimmerman is the Associate Curator of Programs at the Henry Art Gallery at the University of Washington. Previously she was the Associate Curator at the Experimental Media and Performing Arts Center (EMPAC) where she commissioned new work from artists such as Melvin Moti, Gordon Hall, Marie Sester and curated the exhibitions Uncertain Spectator (2010) and Slow Wave: Seeing Sleep (2009). She received the 2011-2012 Loris Ledis Curatorial Fellowship at BRIC Contemporary Art and was a 2013 curator-in-residence at Residency Unlimited.