WITH MORE THAN 15,000 PEOPLE IN ATTENDANCE

-Strong Sales Across the Board- 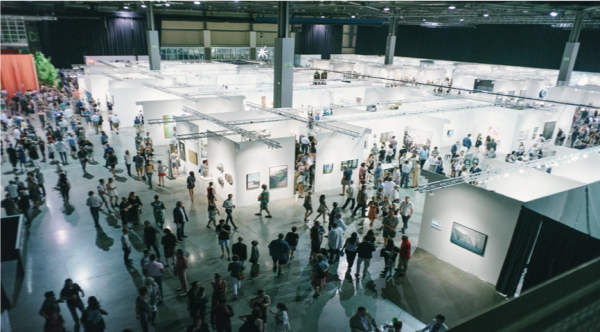 Seattle and New York, August 5, 2015 – More than 15,000 people visited the inaugural Seattle Art Fair, co-produced by Vulcan Inc. and Art Market Productions, from July 30 – August 2. Sales were brisk across the board and remained strong throughout the fair’s four days. Opening crowds wrapped around CenturyLink Field Event Center. Visitors to the fair’s acclaimed first edition were met with a tightly curated exhibition of 62 local,regional, and national galleries alongside a program of public installations, performances, and special exhibitions.

“The Seattle Art Fair saw incredible support from not only the Seattle community, but from the art world at large,” said Mary Ann Prior, Director of Art Collections, Vulcan Inc.

“Many of the country’s top collectors were here, and we are thrilled to have built such a well-received backdrop to many important acquisitions and introductions,” added Max Fishko, Director of the Seattle Art Fair and Managing Partner of Art Market Productions.

Gail Severn Gallery, and Nancy Hoffman Gallery all reported steady sales throughout the weekend to both new and existing regional, national, and local collectors.

Pace Gallery director Elizabeth Sullivan commented, “We greatly enjoyed the fair and it was a pleasure meeting old and new clients. We will definitely be back next year and we hope to spend some more time in Seattle.” Eric Gleason, director of Paul Kasmin Gallery remarked, “We’re happy to have placed significant work with local collections that were new to the gallery, and the potential exists for mobilizing a new generation of collectors. So we’ll be back.” Shinichi Kitahara, director of Kaikai Kiki, summed up the zeitgeist of the fair as he spoke to the similarities between the Seattle Art Fair’s first edition and the start of Art Basel Hong Kong. “This is the right place for this movement; more than any other city,” said Kitahaua. “We want to be a part of the creation of this moment – the combination of who is here, the organization of the event, and the audience. The moment is here, and everyone is looking.”