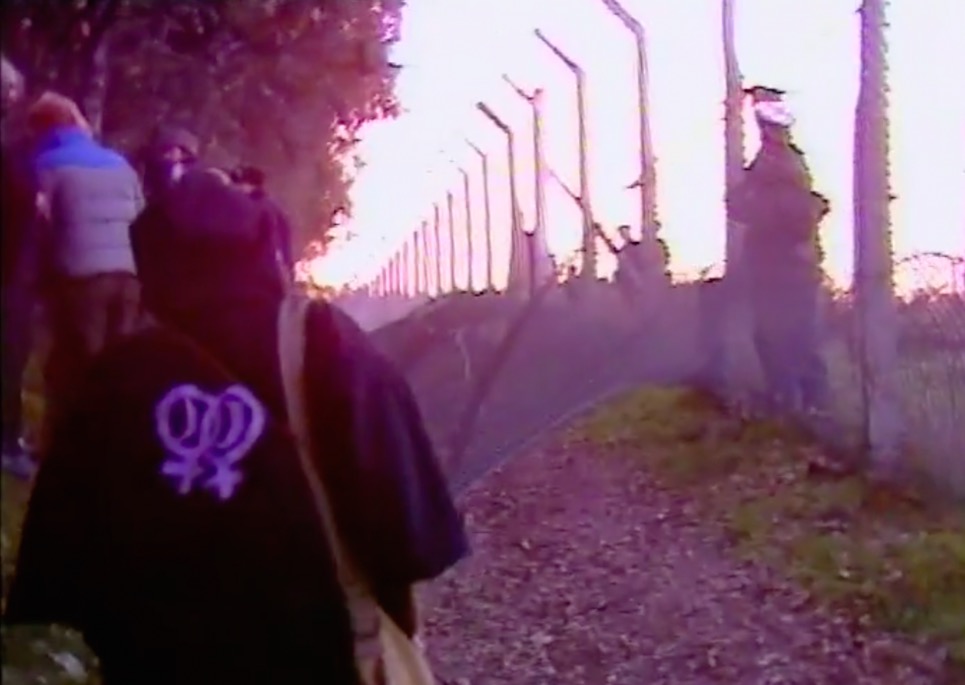 Presented by Adams and Ollman

In an aisle of the fair, Portland-based artist Ellen Lesperance presents a new work: a collection of fabricated garments that celebrates the legacy and continuing significance of the feminist activist group Women’s International Terrorist Conspiracy from Hell (W.I.T.C.H.). This series includes textile designs and patches that are reproductions of a hooded cloak worn by a W.I.T.C.H. member at the Greenham Common Women’s Peace Camp. Founded in 1981, the camp was established in Berkshire, England to protest nuclear weapons being sited at the nearby Royal Air Force Base. Exclusively comprised of women, the protest – much like the W.I.T.C.H. group that predated it – believed that patriarchy itself was one of the root causes of war and had to be directly confronted. Throughout the fair weekend, a varied group of local artists, activists, writers, dancers, and actors will remove the garments from their display – designed and fabricated by Portland based designer Jason Rens – and stage a series of happenings in and out of the fair while cloaked in Lesperance’s apparel, vesting new agency in the garments in service of “untamed, angry, joyous and immortal” actions.