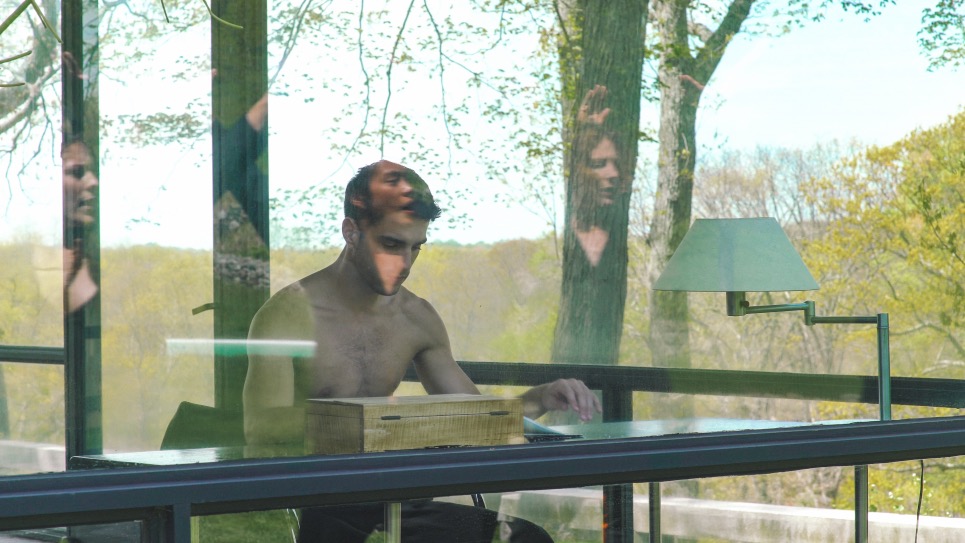 The Seattle Art Fair and the Frye Art Museum co-present the world premiere of Brennan Gerard and Ryan Kelly’s new film in a choreographic, two-channel installation at the fair. Modern Living (2016-ongoing) began as two site-specific choreographed performances: at the R.M. Schindler House in Los Angeles, the site of an early experiment in communal living, and the Glass House in New Canaan, where the architect Philip Johnson and his partner David Whitney lived for over 40 years. Represented by site-specific events, videos filmed on location, drawings, and performance scores, Modern Living explores intimacy and queer space within legacies of modernist architecture. Structured in chapters, the project is driven by the question, “what would a home have to look and feel like today to protect and produce intimacies and relations that don’t fit within dominant narratives of family, marriage, or domesticity?”. The film features performances by L.A. Dance Project, and original scores by SOPHIE (Glass House chapter) and Lucky Dragons (Schindler House chapter). At the fair, Gerard & Kelly present the first two chapters of the film, as they posit questions around the livability of queer space — its pleasures, tensions, and impossibilities — and reimagine iconic architecture as sites of experimentation in living.

This project is made possible by the New England Foundation for the Arts’ National Dance Project, with lead funding from the Doris Duke Charitable Foundation and the Andrew W. Mellon Foundation, and additional support from the National Endowment for the Arts. Additional production support and residency provided by EMPAC / Experimental Media and Performing Arts Center, Rensselaer Polytechnic Institute. Performances of Modern Living were originally co-produced by L.A. Dance Project, and presented by the MAK Center for Art and Architecture at the Schindler House and the Glass House, in association with Art Production Fund.