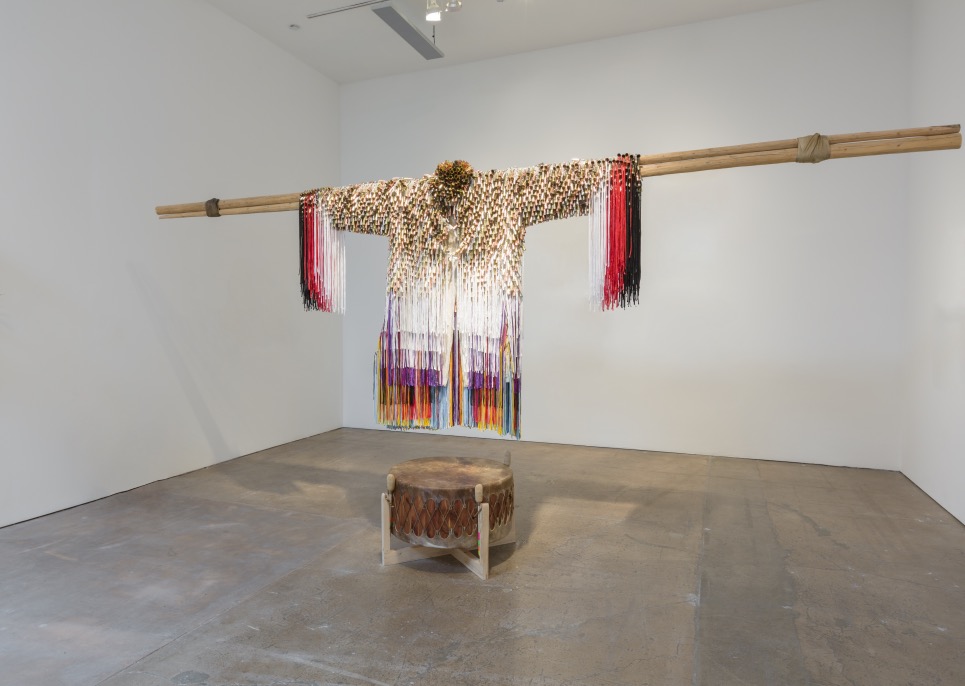 In the multi-media installation, LIKE A HAMMER (2016), Jeffrey Gibson presents a wool and canvas robe intricately adorned with metal jingles, beadwork, and nylon fringe suspended from looming teepee poles. From afar, the installation reads as a collection of Inter-tribal and Indigenous objects, however upon closer inspection, the robe’s materials are that of pastiche Native American adornments that effectively mix references to ceremonial and other transformational garments. Gibson initially performed improvisational ritualistic movement while wearing the 120-pound robe in a durational performance. His meditative movements are inspired by animals and thoughts represented in the seven text based drawings he made during the performance, questioning the reverberation of rites as they are affected by time, space, and context. In doing so, Gibson develops a cross-cultural process that mines the complexities of geopolitical tensions that exist throughout the Americas.