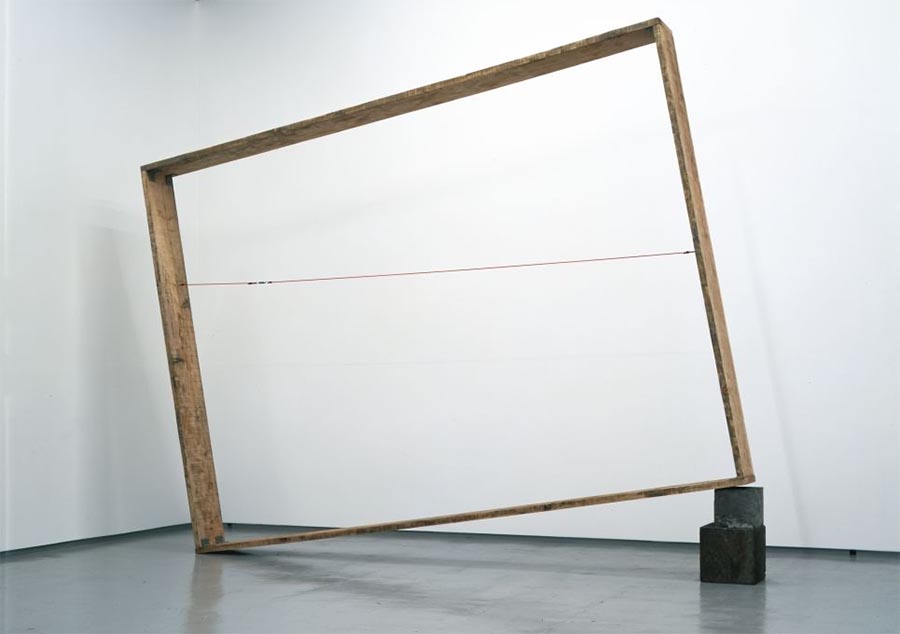 Kishio Suga presents Correspondence, a singular, large-scale sculpture. Suga, one of the leading figures of the Japanese movement, Mono-ha, a loose group of artists that rose to critical prominence during the late 1960s and early 1970s, takes natural and industrial materials, such as stone, wood, wire, rope, and water, and arranges them in nearly unaltered, ephemeral states. His ongoing investigations focus as much on the interdependency of these objects and the space around them as on the materials themselves.

On Correspondence, Suga has recently written: “Every place has its baseline (a ground). When people or mono (things) are on the baseline, the horizontality forms a base, which sustains an extremely stable existence. However, this stability wavers when the contact area is reduced. For people, this instability relates not only to the mono but also to the structure of the place and to consciousness, and hence to the structure of the mono itself and the transformation of its meaning. This work is intertwined with the horizon of nature by introducing the horizontality of the ground into it. That is to say, the limitlessness of nature is being introduced. At the same time, the inclination has, by itself, a special meaning and existence.”