The Seattle Art Fair, presented by AIG, is proud to announce the exhibitor list and on-site programming for its fifth edition. From August 1-4, 2019 the Seattle Art Fair will host daily talks, special projects, and performances, in addition to nearly 100 galleries from around the world.

“This milestone year is a testament to the region’s vested interest in the arts and the world’s embrace of Seattle as a viable, diverse art capital,” said Max Fishko, Seattle Art Fair Director. “We are proud to share the exhibitor list for the Seattle Art Fair’s fifth edition.”

“The Seattle Art Fair turns five this year. We are so pleased to have been involved since its inception,” said James Harris of James Harris Gallery, Seattle Art Fair Dealer Committee Member and 2019 Exhibitor. “Each year the fair has gotten more and more engaging for the Seattle audience. It is exciting to be a part of this celebration of the arts.”

“The programming at the Seattle Art Fair this year is eclectically topical,” said Nato Thompson, Seattle Art Fair Artistic Director. “We were inspired by the Wunderkammers, cabinets of curiosity from the 16th century that displayed artifacts garnered and pilfered from across the seven seas. This program ideally takes the spirit of interdisciplinary, intersectionality and the post-human as touchstones for a 21st century version.”

Visitors will be invited to perform as Bread Face, the international social media sensation known for smashing her face in bread and her ASMR performances. In her interactive installation featuring baked goods the public will be encouraged to play with the bread in whichever way they feel compelled. The final product will then be on display throughout the installation.

Transmedia artist Stephanie Dinkins will present Not The Only One (N’TOO), a voice-interactive AI robot designed to address the needs and reflect the ideals of African American people who are drastically underrepresented in the tech community. The AI storyteller is trained based on data supplied by three generations of women from one family. Visitors are invited to talk to the sculpture and participate in its evolving knowledge.

Artist duo Bigert & Bergström, known for their large-scale installations that address the intersection of humanity, nature and technology, will present Incubator for Earthquakes, a kinetic sculpture of a rattling china set on a dinner table that mimics an earthquake.

Gregory Blackstock is a self-taught autistic artist who made his living washing dishes at Seattle’s Washington Athletic Club for decades. Now at 72, he has become an international figure in art, known for his time-consuming drawings ranging from canines to planes to historic homes. The four banners that will be displayed at Seattle Art Fair demonstrate Blackstock’s ongoing interest in the categorization and depiction of a range of folkloric, vernacular, and natural history subjects.

In 2008 artist Richard Pell opened The Center for PostNatural History (CPNH) an alternative museum located in Pittsburgh. The museum’s focus is to:

For the presentation at the fair, the CPNH presents a series of stereoscopic anaglyph photographs of specimens from their collection. These creatures are a collection of specimens whose genetic material have been altered by humans. Three-dimensional glasses will be available for you to view the works.

Not The Only One (N’TOO)

Stephanie Dinkins is a transmedia artist who creates platforms for dialogue about artificial intelligence (AI) as it intersects race, gender, aging, and our future histories. She is particularly driven to work with communities of color to co-create more inclusive, fair and ethical artificial intelligent ecosystems.

For the Seattle Art Fair, Dinkins will present Not The Only One (N’TOO), a multigenerational memoir of one black American family told from the “mind” of an artificial intelligence with evolving intellect. It is a voice-interactive AI designed, trained, and aligned with the needs and ideals of black and brown people who are drastically underrepresented in the tech sector. The AI storyteller is trained on data supplied by three generations of women from one family, but the story is told from the first person perspective of the AI. Fair visitors are invited to talk to the sculpture and participate in its evolving knowledge.

Bread Face is the international social media sensation known for smashing her face in bread. Performance art for the social media age, her sensuous bizarre actions have become a touchstone for a fast growing culture genre on the internet known as Autonomous Sensory Meridian Response (ASMR). Her interactive installation will feature baked goods created for the Seattle Art Fair. The public will be encouraged to play with the bread in whatever tactile way they feel compelled. The altered baked good will then be on display. This installation touches on themes ongoing in the evolving oeuvre of the ASMR internet sensation including somatic materials, domesticity and of course, voyeurism.

Bigert & Bergström is an artist duo living and working in Stockholm, Sweden. Through their career, Bigert & Bergström have produced and created art ranging from large-scale installations to public works, sculptures and film projects. Often with a conceptual edge, the core of their work is at the intersection between humanity, nature and technology. Incubator for Earthquakes is a kinetic dinner table sculpture and vibrating motor. From time to time the dinner table is subjected to an earthquake and the china begins to rattle even more vigorously.

The Bond and The Loafers

Patricia Piccinini is an Australian artist who works in a variety of media including painting, video, sounds and predominately sculpture. She is interested in the relationship between the artificial and the natural environment, as well as relationships within families and between strangers. As part of Seattle Art Fair, Piccinini will be presenting two anthropomorphic sculptures made predominately of silicone and hair.

The Seattle Art Fair will present Live Editions, a pop-up printing facility within the fair. Two national artists, Mark Gibson and Molly Crabapple, and two local artists who will be announced at a later date will have their artwork printed on-site for a limited edition giveaway available exclusively during Seattle Art Fair.

Hear from three experts on the field of curating as they discuss models for exhibitions and institutions that they find interesting, and what this means for the future. Larry Ossei-Mensah, senior curator at the Museum of Contemporary Art Detroit, Paula Marincola, executive director of The Pew Center for Arts & Heritage, and Rita Gonzales, head of contemporary art at the Los Angeles County Museum of Art

This talk puts into conversation two artists, Richard Pell and Stephanie Dinkins, whose work questions and interrogates the assumptions of what is natural as well as what the political underpinnings of the technological shifts in shaping what constitutes life. Whether the logical of capitalism or the fault-lines of race, the construction of the natural as well as what constitutes intelligence are foregrounded in an important critique of the technological revolutions occurring daily.

This experimental panel allows the audience to receive a report back from the Seattle Art Fair from the mouths of the next generation of art enthusiasts. Moderated by Frye Art Museum Director/CEO Joseph Rosa, this panel will feature children ages 9-12 who arrive at the panel equipped with their favorite art works ready for discussion.

Morgan Thorson is a choreography whose work explores both the vast span of geological time and the brevity of a single human life. Rachel Cook is the artistic director of On the Boards and Dayna Hanson is the co-director of Base, a Seattle organization dedicated to elevating risk and invention in performance. 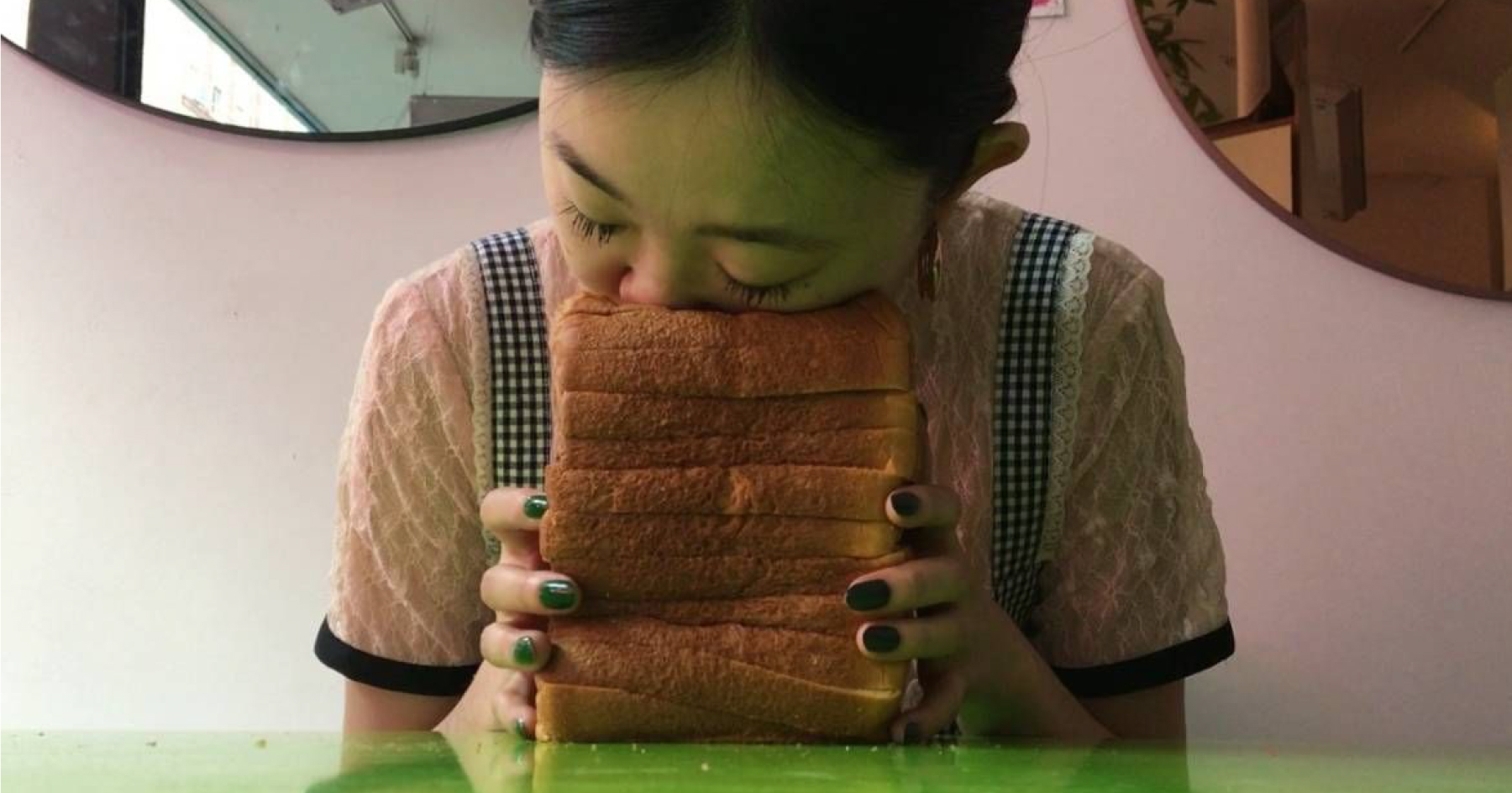